How Fast Does the Team at Demand.io Move? They Shipped a Product in 3 Weeks

Hours after Apple announced that it would bring Safari web extensions to iOS and iPad, the lean team at Demand.io got to work.
Written by Brendan Meyer

When the news broke, Sean Gartland immediately Slacked the “eyes” emoji to his coworkers.

As part of the five-person team at Demand.io, Gartland was streaming The Apple Worldwide Developers Conference, wondering if any new updates would affect the e-commerce company’s network of social shopping apps. Halfway through the conference, Gartland noticed a big one.

For years, the head of product and his colleagues envisioned that one day, one of their products called SimplyCodes could be supported on mobile. At the time, the up-to-date coupon code extension was desktop only.

That day had finally arrived. Apple announced during the conference that it would launch a Safari iOS and iPad extension, and shortly after Gartland’s Slack, his coworkers responded with a flurry of more “eyes” emojis. 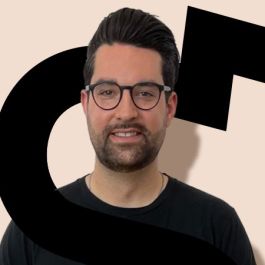 “This news was a big deal,” Gartland said.

That night, he stayed awake until 2 a.m preparing documentation he could present to his colleagues on why they should pause every project they were currently working on to put all of their attention on creating an iOS and iPad extension for SimplyCodes. Speed was critical. Being one of the first coupon code apps in the market with a mobile extension could be a game-changer.

Gartland arrived at the office at 7 a.m. the following day, and later presented his pitch to the product org.

“I still hadn’t had my morning coffee yet, and Sean was like, ‘Guys! We’ve got to do this!’” Jimmy Doheny, director of revenue operations, recalled. “It made total sense. We all offered feedback and asked questions. But Sean’s excitement was infectious.”

Founder Michael Quoc was on board. This project was a no-brainer, and resembled the unique operating culture at Demand.io.

“We’re a small, highly skilled team which enables us to be nimble, agile, and to make strategic bets on innovation that keep us ahead of our competition and fuels our growth as a company,” Quoc said. “This was a perfect opportunity to show that yet again.”

“We had one goal,” Gartland said. “Build something special as soon as possible.”

Demand.io applies Web3 principles and technologies to make e-commerce work better for everyone. Its products like SimplyCodes, Knoji and Favely are used by millions of shoppers and facilitate over $1 billion per year in transactions.
They're Hiring | View 3 JobsDemand.io is Hiring | View 3 Jobs

Every person at Demand.io played a critical role in making this mobile extension happen. It was an ambitious project, but it wasn’t out of the norm. 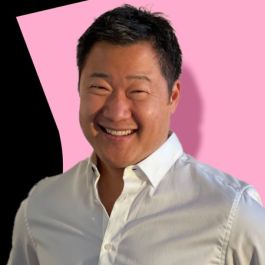 “We’re a startup that’s been in business and profitable for over a decade because we’ve learned to keep our team size very small, but limited to best-in-class team members,” Quoc said. “On top of this, we overlay clear mission, values and purpose to our products, which individual team members then pursue with a high degree of autonomy.”

That’s the most unique aspect about working at Demand.io, Gartland explained. Many tech companies struggle with balancing rigid goals with the flexibility to pursue unforeseen opportunities. For example, your average product team has a robust roadmap with sequenced projects to accomplish each quarter that are closely aligned with holistic business objectives. Veering off track isn’t always an option.

“But as a media lab focused on innovation, we don’t hold ourselves too close to what we’ve defined as our roadmap,” Gartland said. “We have clear priorities, but we embrace opportunities when they come up to pivot on a significant project.”

According to Quoc, one of the keys to this successful operating culture is staying nimble. That’s why Demand.io isn’t solely interested in growing its headcount.

“We want to avoid building a large team, since this decreases agility and creates knowledge friction,” Quoc said. “Instead, we endeavor to keep the bar extremely high for talent, ability and motivation among our team, since that creates an energy and level of motivation that can’t otherwise be replicated.”

Hiring great talent is amplified by in-person collaboration. In an era where remote and hybrid work has become the norm, Demand.io prides itself on the ideas derived from being in the office. 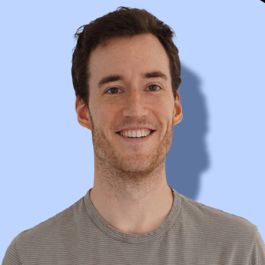 “You just feel an energy. Everyone here is super motivated and knowledgeable, and we all feed off one another,” Doheny said. “But of course there’s also work flexibility. It’s never a rigid 9-to-5 schedule in the office every day. But at least some in-office time really drives our cohesive culture.”

It helps that the company is about to move into some new digs.

“The best part is it will give us room to grow,” Brian Stanback, principal engineer, said. “We currently have nine in-office employees, and this office can easily fit 50.”

Demand.io has a unique profit sharing program for its employees. According to Quoc, it can offer a total compensation of 2x or greater of competitive jobs as employees gain tenure. “We don’t just rely on stock options to provide economic upside to employees,” Quoc said. “We offer cash compensation that provides direct wealth creation. Every team member has significant economic upside directly tied to the company’s bottom line, and this contributes to a fun, collaborative energy to working at Demand.io that is motivating and free of politics.”

Sixteen days after Apple announced its Safari iOS and iPad extension, Demand.io had built an extension for SimplyCodes that was ready to submit to Apple. The approval process took a few days, which meant Demand.io completed the sprint in three weeks. It’s had a big impact.

For starters, customers are now reaping the benefits of a seamless mobile coupon code experience. The project also untapped a new marketplace for Demand.io. Among the company’s full suite of products, the iOS extension is now the company’s fastest-growing platform. They saw an opportunity, made a major resource decision to pivot the team, and that bet paid off.

“It’s helped us get into the mobile game,” Gartland said. “That’s only going to build momentum toward more significant investments we’ll make. We have some really cool ideas.”

One area of interest is Web3, a new iteration of the internet that incorporates blockchain technology, cryptocurrency and NFTs into the e-commerce experience. According to Doheny, Web3 is an opportunity to engage and create a stronger community among Demand.io’s users by offering rewards such as Bitcoin and other cryptocurrency to deliver real-world value to their shoppers. 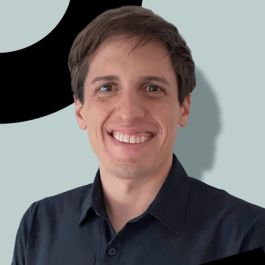 “Web3 is an example of us trying to spot trends early,” Stanback said. “We’re finding ways to empower a community and connect Web3 with the shopping experience. The space is broad right now, but we want to be at the forefront of it.”

And Doheney has no doubt that they will be. Just like the extension project, Demand.io’s exploration of Web3 demonstrates the company’s commitment to being community-centric and embracing new innovations to solve consumer pain points.

“We can change on the fly,” Doheny said. “I mean, we built a product, got feedback from users, incorporated data and iterated in three weeks. That’s pretty impressive.”