It’s not easy being the only woman on a team, but these two locals explain how they plan to bring others up behind them.

The wild forest is thick in front of you. Dense trees crowd in every direction, casting deep shadows and blocking your next move. You stop and wipe sweat from your brow, muscles aching from cutting the path to where you now stand. You take a moment to look at your compass and a topographical map, searching for information that will guide your next decisions, but the details are vague. You are the first person to ever walk this path, and it’s up to you to clear the way.

This is also how it can feel to be a women in tech, an industry that has yet to reach gender parity, where women are still in the minority at most companies. Sometimes, they may even be the only woman on their team, perhaps feeling lost without guidance from role models who have walked this path before them.

Related Reading:Built In Surveyed the State of Diversity in Tech, and the Results Are In

“When you don’t have a leader you can relate to, it’s easy to have questions about whether you belong,” said Maritsa Negrete, a full-stack software engineer at Spartan. Though she’s had plenty of professional experience as the sole woman, and woman of color, in the room, she draws on the strength she’s accrued from her strong network of role models. These women support her while she forges her own path through the tech industry and works to bring up the next generation of women behind her.

The harbinger of hope is that tech has made continued progress toward gender parity and is anticipated to keep going. While the industry catches up, Built In asked Negrete and M13 Vice President of Investor Relations Sarah Tomolonius to share their experience of and advice for how to navigate being the only woman on a team. It’s exhausting, exhilarating and important work; here’s what they had to say about it. 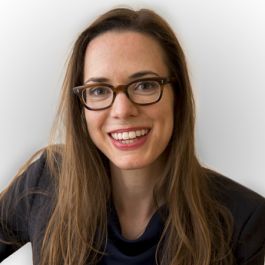 What’s the biggest challenge you’ve experienced being the only woman on a team, and how did you overcome it?

I usually work on a very small team, sometimes even a team of one. I remember in a prior job looking around and seeing 30 men in black suits, and myself. When I became pregnant, I hid my pregnancy for the first six months. I did not think the men at my company would be actively unkind, but I was aware of the fact that they might perceive me as softer, weaker or less capable. There was not even a maternity policy in place at that time.

I had to advocate for myself and my boundaries once I had my daughter. While everyone was excited for me, I often had to make it clear that I wanted to excel in my career and be a mother at the same time. There were men who had kids and came back to work full time four days later. I had to accept that I couldn’t do that, but I could still be ambitious about my career and continue to advocate for myself.

What’s the most important lesson you’ve learned as the only woman on a team, and how has it helped you develop your career?

Prior to Covid-19 at my previous workplace, I was working nonstop. I saw this as the only way to continue to be competitive. There was nobody else around me balancing all of the priorities I had, so I thought that I had to do my work in the same way everyone else was doing it. I worked 60 hours Friday through Monday the weekend before I had my child. However, that wasn’t something I could maintain. I had to learn to prioritize; my work shifted around the different changes in my life. I reprioritized and acknowledged that my personal life and responsibilities could have a place.

I learned that my productivity overall didn’t diminish. Covid-19 forced many people to mix their personal and professional identities for the first time. I was also lucky to move to M13 right before the pandemic hit. I am not working the same hours as I was due to my additional responsibilities as a mother, but who I am in my personal life doesn’t reduce who I am as a professional.

After moving to M13, I was surrounded by many more females in powerful positions than I ever had been previously. It helped me realize that being a woman, and a mother, is not negative. I’m more sympathetic to my own needs now.

What’s the most important piece of advice you would offer to other women working on male-dominated teams?

The advice I would have given ten years ago is so different from what I would give today, and that’s a good thing. There’s no such thing as having it all, and it is okay to prioritize different aspects of your life and be a human at work. There’s always a tradeoff, so maintain a level of self-forgiveness. Build a holistic life, even if it looks different than those around you. I wish I had learned that earlier.

Build a holistic life, even if it looks different than those around you.” 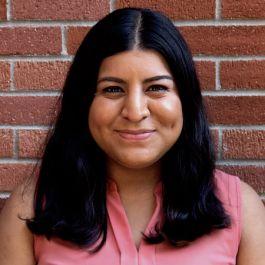 What’s the biggest challenge you’ve experienced being the only woman on a team, and how did you overcome it?

The biggest challenge throughout my career has been overcoming the self-doubt that comes from past experiences of being the only woman or person of color in a room. It’s easy to wonder whether others think that you belong, especially if you’ve had experiences in the past where, at first glance, others have questioned if you really were an engineer. Thankfully my team at Spartan has always been supportive and inclusive and never made me feel like my work and voice weren’t just as important as theirs, and that supportive work environment has been so helpful in overcoming self-doubt.

What’s the most important lesson you’ve learned as the only woman on a team, and how has it helped you develop your career?

It’s so important to reach out to and find a supportive community and role models who you can relate to. During undergrad and grad school I was involved in cultural groups that helped me build a strong network of fellow women and Latinx engineers. I’ve learned immensely from so many of the inspiring women I’ve met throughout my education and career, and have also felt inspired to share my experience with the next generation. Being a part of these groups has also been a great way of developing the communication skills that make me a better teammate and engineer. I look forward to building out these types of communities in a more formal way as Spartan grows.

What’s the most important piece of advice you would offer to other women working on male-dominated teams?

Something I need to remind myself often is that I wouldn’t be where I am today if it weren’t for all of my hard work. Not only do I belong on our team, but my voice and experience are valuable, necessary and strengthen our team.

Not only do I belong on our team, but my voice and experience are valuable, necessary and strengthen our team.”