With the recent release of Connected TV — a tool that allows advertisers of all sizes to connect with more networks and devices — to its advertising platform earlier this year, SteelHouse is looking to 2019 to roll out products that continue to narrow the gap between advertisers and brands. And, yes, engineers are behind it all.

With access to an extensive customer base, the Culver City-based company is looking to grow their engineering team. We connected with three members of the team to learn more.

WHAT THEY DO: The SteelHouse Advertising Suite is a self-serve platform that launches retargeting, prospecting and branding campaigns through every channel, including Connected TV.

WHERE THEY DO IT: Culver City

VACATION, ON THE COMPANY’S DIME: Employees are given a $2,000 annual vacation stipend. In addition, SteelHouse has a company-wide three-day weekend every month.

WORK WHEREVER: Rooted in their company value of trust, SteelHouse allows their employees to work from wherever they feel most productive.

WHAT’S BREWING: Aside from many other notable perks — monthly BBQs, an in-house massage therapist, holiday parties — SteelHouse also boasts its own microbrewery. 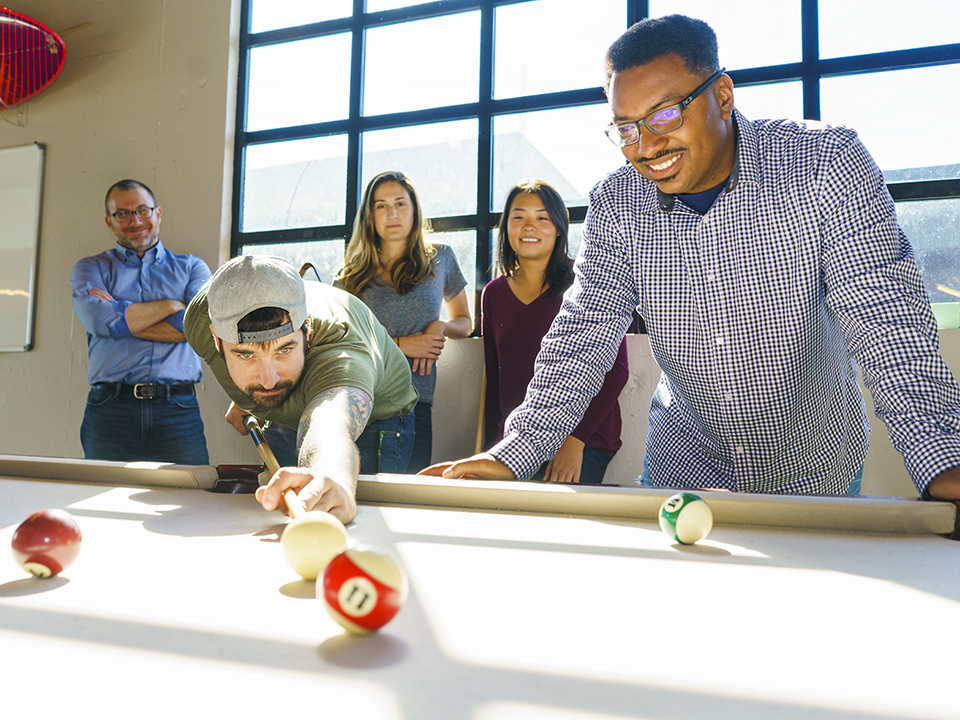 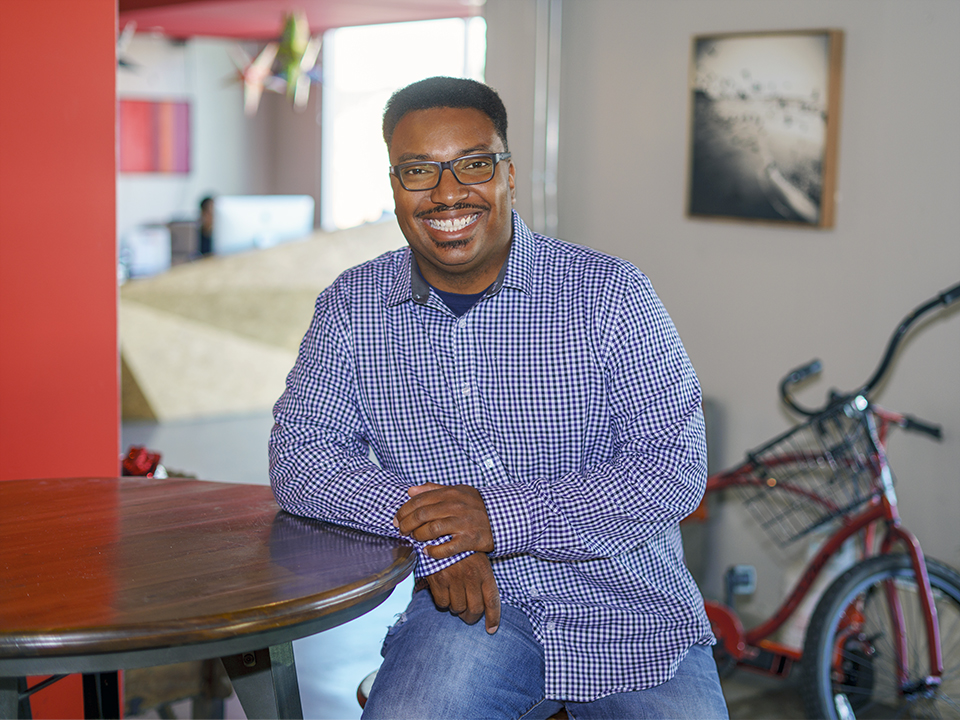 BEYOND WORK: Prior to SteelHouse, Kevaughn had never traveled outside of the United States, but with the $2,000 annual vacation stipend from SteelHouse, he’s now been to eight different countries.

Your team processes over 10 billion web events every month. How does that scale impact the way your team approaches its work?

It requires us to think about the performance, durability, cost and maintainability of any solution that is implemented. One example is how we pass data throughout the system. In the past, much of the information flowing through our system was processed via HTTP services. Now, we send about 80 percent of our data through highly available and durable queueing systems. This has greatly reduced the cost and increased the durability of our platform. Over the next few months, we plan on having 95 percent of all internal messages transferred in this manner.

What’s the most exciting part about working at SteelHouse?

The technology. The team is great at embracing new concepts, services and tools at blistering pace. I’m always blown away by our ability to go from concept to reality. We take an iterative approach to the products we build and are not afraid to say something didn’t work and go back to the drawing board.

We used this approach to evolve our use of containers. Our goal was to utilize the technology across our entire stack, but we first needed to fully grasp the concept and determine the advantage and disadvantages to using containers. We are now on the verge of moving our entire platform to a fully-managed Kubernetes environment with all of the tooling necessary to make the team more effective.

I’m always blown away by our ability to go from concept to reality. We take an iterative approach to the products we build and are not afraid to say something didn’t work and go back to the drawing board.”

You’re gearing up for a big product release this year. What are the most exciting opportunities that release will unlock?

I’m most excited about the CTV functionality being released. It’s a game changer for us and the industry as a whole. We are helping advertisers of all sizes showcase their brand on a channel some never thought about due to their budgets. In a way, we are helping to democratize television advertising for all companies large and small. Integrating this functionality into SteelHouse’s feature-rich platform will provide synergies other companies cannot match. 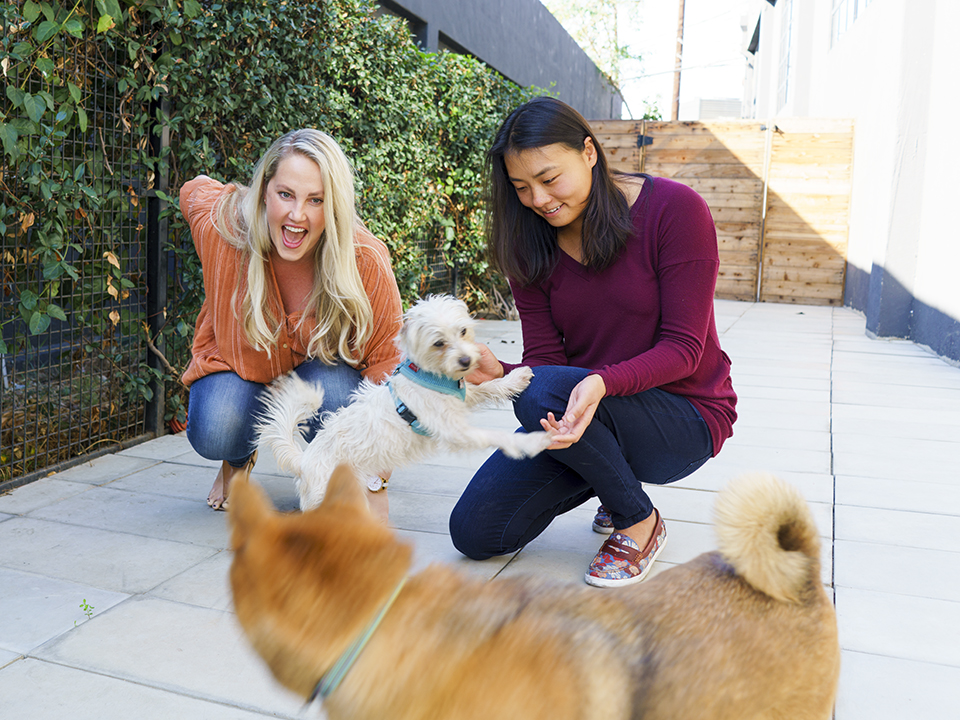 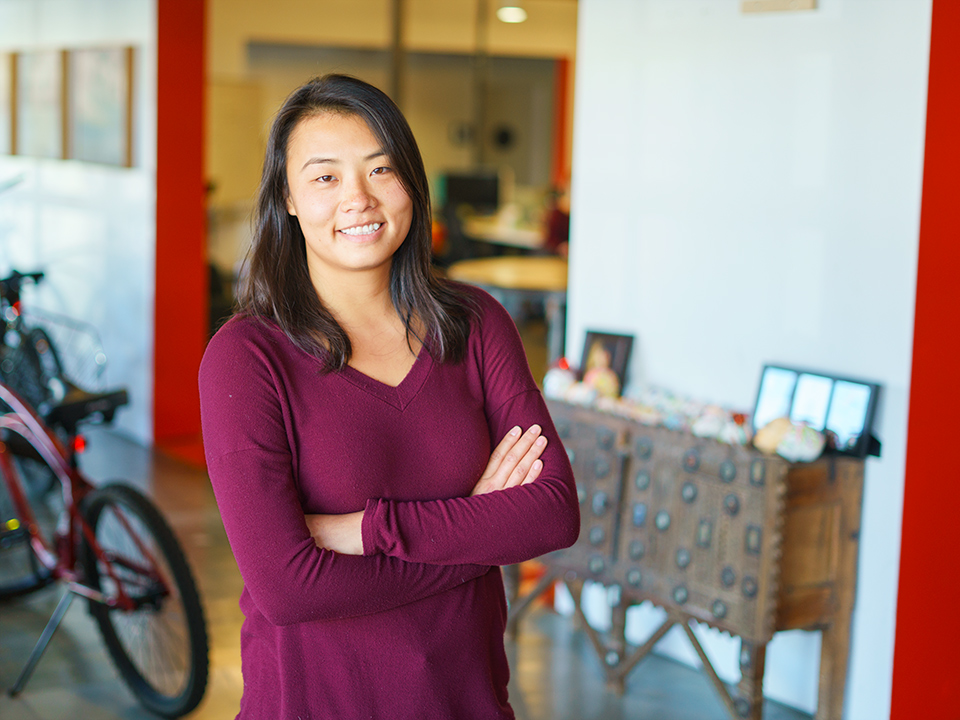 As the senior software engineer for the UI team, Cathy is working to create a stable, standardized Node.js back end for public and internal sites that both current and future front-end developers can use.

BEYOND WORK: Like tech, Cathy’s hobbies go through phases. Currently, she’s into cardio fitness dance videos — unironically, she notes, a check on not taking herself too seriously.

I believe people generally want to feel like a contributing part of a team and want to rise to a challenge. In that, the best way SteelHouse has supported my growth is by treating me like a capable adult and giving me substantial projects and responsibilities. Sometimes there are tight deadlines or mammoth project scopes, but I know I learn something with everything I take on, and that the work is going to help SteelHouse.

How does the opportunity to work on different parts of SteelHouse’s platform help you grow as a developer?

It definitely reminds me that there are other technologies and other ways to do things out there. In college, I started programming in C/C++. Then, I moved onto Java when I entered the workforce, and now I’m doing almost solely JavaScript. I noticed, for me, that sometimes when you work on one project or with one language for a long time, you can get comfortable and set in your ways and forget that there are other and better ways to do something. It’s good to be pushed out of your bubble every now and then.

The best way SteelHouse has supported my growth is by treating me like a capable adult and giving me substantial projects and responsibilities.”

What do successful engineers on your team tend to have in common?

I think the successful engineers on my team can all push through frustration, listen respectfully and compromise when they have a strong differing opinion and are open to change and trying something new. Both the front end and back end of the UI team incorporated new technologies and pivoted directions many times, and they’ve only been able to do so successfully because of all of those qualities. 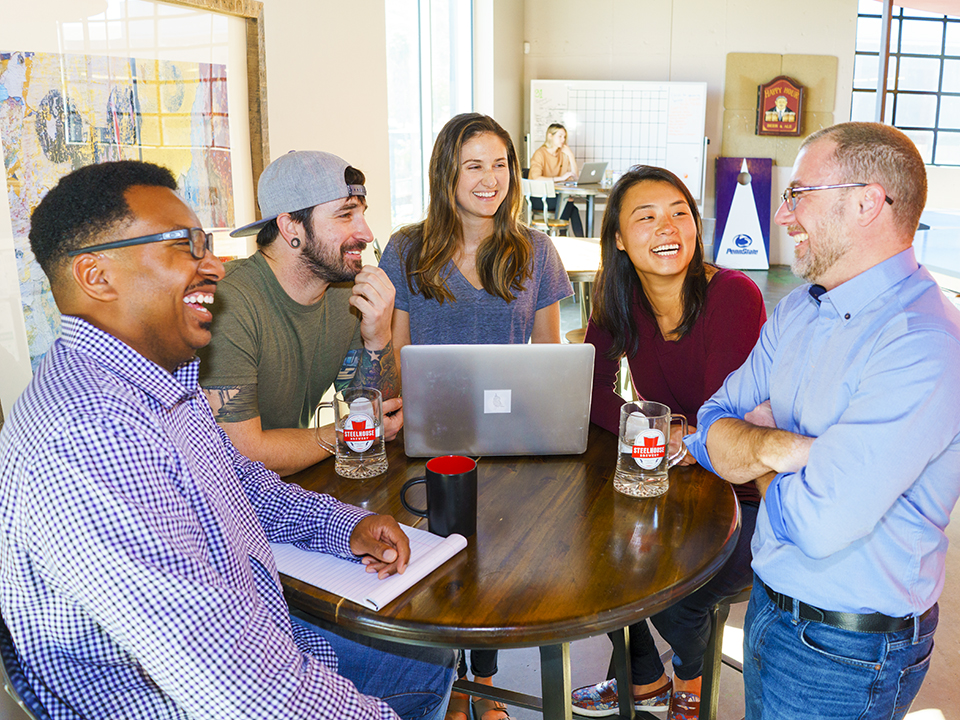 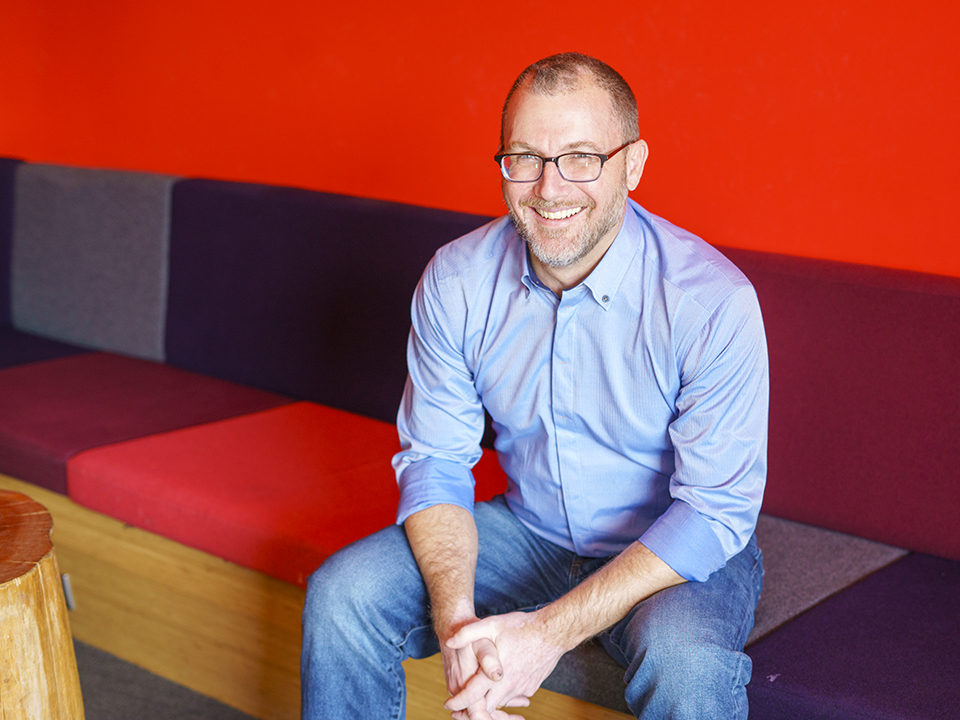 Just over two years ago, Wilton joined SteelHouse as a senior software engineer to create an automation platform that sought to improve customers’ advertising campaign performance (he succeeded). Now, he’s building out a team of data scientists who can help create and enhance those platforms.

What was it like to arrive at a company as established as SteelHouse but still get to take ownership of such a high-impact product and design it from the ground up?

In the first week at SteelHouse, I had a meeting with all of the key stakeholders, including the CEO, who described his vision for DSO, the product I was to build. DSO was to be the core service that optimizes ad spending across advertising campaigns, and, as the CEO described it, I realized that the problem he was asking me to solve was the classic financial portfolio optimization problem, which I was very familiar with.

I was paired with an extremely talented product manager, Erik Gray, and for the next six months, we collaborated to build a prototype of the product and ultimately launch it into production. Nobody told me how to do my job. In fact, it was just the opposite — the people around me, although opinionated about a lot of things, had trust in my ability to deliver. The company gave me the time, resources and space to research, build, test and iterate until it was right.

Nobody told me how to do my job. In fact, it was just the opposite — the people around me, although opinionated about a lot of things, had trust in my ability to deliver.”

In your current role at SteelHouse, what’s your overarching goal?

My primary objective is to build systems that deliver online ads as effectively as possible. Online advertising has a terrible reputation. People say they dislike ads, and that’s because they get a lot of ads that are not relevant. On the other hand, if ads are meaningful to them, people like them despite what they might admit. And, most importantly, online advertising is what keeps the internet free. With this in mind, anything I can do to improve the effectiveness of our advertising targeting helps keep the internet free.

What makes SteelHouse unique compared to other companies you’ve worked for over the years?

The SteelHouse experience is uniquely about the people and the culture. I have worked for a lot of companies in my career, but I’ve never worked for a company with the level of talent that SteelHouse has. Everybody in the company is smart, dedicated and cares about their fellow team members. The management team is extremely capable — as well as transparent — and has done an excellent job at navigating the company through the inevitable pains that high growth companies must endure.

Get Alerted for Jobs from SteelHouse
Responses have been edited for length and clarity.