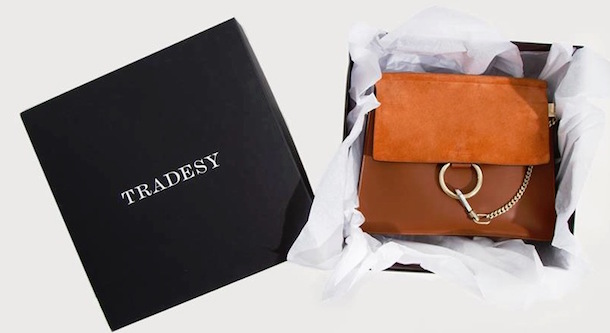 Tradesy
View Profile
Tradesy is a remote first company with employees based all across the United States.
Follow
announced a $30 million Series C funding today. The latest round puts the P2P fashion site at $74.5 million since it launched in 2012, and $60 million raised since the start of 2015.

The latest round of funding, featured participation from Wildcat Capital Management and featuring return investors Kleiner Perkins Caufield & Byers and Rincon Venture Partners, will be used to hire data scientists, as well as for marketing efforts.

Originally a spinoff from CEO Tracy DiNunzio's bridal gown reseller the Recycled Bride, Tradesy's platform connects sellers with fashion buyers, while facilitating payment, shipping kits and returns. The site's 9 percent commission is markedly lower than competitors, and allows brick-and-mortar consignment sellers to join the site.
DiNunzio told Re/code that though the site currently isn't profitable, their product catalogue — and more importantly product descriptions — continues to grow, allowing the site to rank better in search results and driving new business to the site.
In January 2015 Tradesy announced a similar $30 million Series B funding.
Have a tip for us or want to share news about your company? Email us via [email protected]