The Only Thing Between Your Product Team and Success: You

BCG Digital Ventures’ product director learned some leadership lessons the hard way, so you don’t have to.

Most people might assume that having more responsibility translates into more control. That’s why it may be surprising to find that letting go of control could be the best thing a leader can do for their team.

When Angela Qin, product director at BCG Digital Ventures, first became a leader she learned this the hard way. After her promotion at the corporate innovation and digital business building arm of Boston Consulting Group, Qin went into overdrive creating strategy frameworks and burying herself in work, and says she inadvertently created bottlenecks that reduced team productivity. Thankfully, a benevolent director gave her some blunt feedback: “Get out of the way of your team, and let go.”

The advice changed Qin's outlook on managing and helped her realize the importance of a collaborative leadership style. Built In talked to Qin about how she became a product team leader and the advice she has for others looking to do the same. 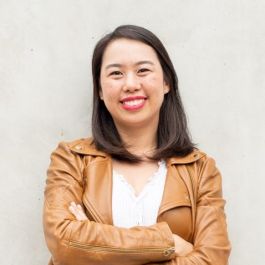 Give us an idea of your career trajectory at BCG.

In 2015, I joined BCG Digital Ventures as a senior product manager. One of the biggest proficiencies for me to learn in my new role was consulting skills. Before joining BCGDV, client management was a completely foreign concept to me. What facilitated my growth into leadership was my ability to understand the business landscape and identify and manage the needs of all stakeholders. I had to learn to bring others along in decisions I would have otherwise made on my own, such as definition and prioritization of the product.

After a few years I was promoted to lead product manager. Prior to the promotion, I invested a lot of time in refining my skill set and building relationships. It was during this time I first began to train others in the skills of Agile product management. I led a team of multidisciplinary PMs, each with varied career levels, ranging from recent graduates to experienced professionals. I see leadership as an active role where I can help drive product outcomes we can be proud of, while positively influencing the careers of others. Thus, it was important for me to connect with each PM to understand their needs and how I could best position them for success.

I had to learn to bring others along in decisions I would have otherwise made on my own, such as definition and prioritization of the product.”

What surprised you most about your new leadership role?

One of the first lessons I learned as a leader was incredibly hard. I always assumed product leaders were those who distributed work to others who were less experienced. As a result, I spent my first few weeks in overdrive, setting up strategy frameworks for others to follow and attending meetings during the day while rewriting Jira tickets at night. Unknowingly, I created an environment where I was disconnected from my team, which made it impossible to engage when they had questions. I realized I was not enabling my team for success, rather I was creating bottlenecks and reducing overall productivity.

Thankfully, I was working with an amazing director who politely told me, “Get out of the way of your team; you need to let go.” So, I did! This exponentially helped with team morale. I realized the importance of a collaborative leadership style and how much I enjoyed coaching. In turn, the PMs felt empowered to make their own decisions — we worked as a unit. I quickly learned it is important as a leader to build trust and let people thrive. My team was knowledgeable, and I needed my actions to show I trusted in their ability.

What advice do you have for product professionals looking to move into a leadership role?

When working on a product, you become the number one champion for its potential. The advice I would give to a product professional is to learn to let go of your product and share it with others. Releasing a bit of that control and opening the opportunities for others to provide suggestions different from yours will only make it better. The more you include diverse viewpoints into the development, the better the product will be. On top of that, the feeling you get as a leader from empowering others and helping them grow is unmatched!

The second piece of advice is to think beyond the product. I always thought, “If I build it well, customers will naturally appear, and everything will be great.” It wasn’t until I became a lead that I realized there are other work streams that influence product success, such as the operations and services teams. Collaborate with others and be open to feedback on your strategy. Engaging all stakeholders who may influence the sustainability and success of the product is paramount.