Thinkbox enters the cannabis industry with its new app, Yobuddy 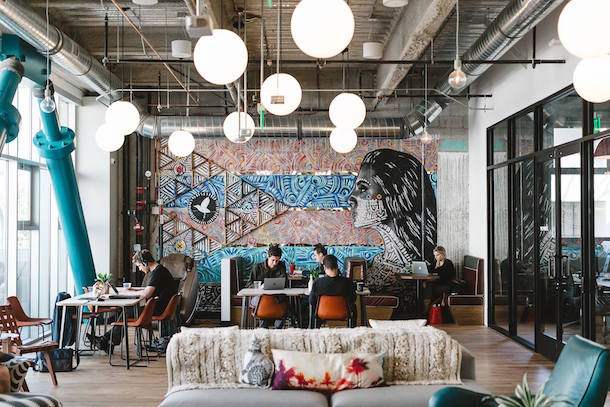 In April 2016, Mike Williams took the app he and his team built and sold it on eBay. Less than a year after the acquisition, Thinkbox is back with a new app, and this time, it’s all about weed.

When the legalization of recreational cannabis, Prop 64, passed back in November, it didn’t take long for enterprising individuals to start thinking about new business opportunities.

“Right now, it is like a free for all,” said Williams. “There are a lot of domain experts that are trying to leverage technology fast to gain a foothold in the space, but on the other side there are a lot of people that are afraid to get into the space.”

"It is a race to educate the general public on your brand and what you do," said Williams. "As soon as it's legal, boom, you gotta be there."

Utilizing technology the team developed several months ago, Yobuddy’s platform includes both dispensary listings and a social networking platform. Yobuddy users can spark up conversations with fellow smokers in addition to finding places to purchase all via one interface.

“We actually used the different apps available in market and tried to aggregate as much valuable feedback as possible,” said Williams. “What we understood from that is that people really just want to find someone to smoke with them or find product. So we created this social layer on top of a verified dispensary listing.”

Getting to market as quickly as possible might help the team grow the brand’s identity and onboard dispensaries faster than other apps, but the team’s ability to rapidly build new features has provided a few challenges, too.

“There actually were a number of issues, but they were really on the 'what is possible' side,” said Williams. “We don't have a lot of technical constraints. We can build something really fast, so we kind of got ahead of the curve,” said Williams. “We had a period of five or six weeks where our builds were getting rejected, and Apple is pretty ambiguous, so there really wasn’t much we could do.”

Yobuddy isn’t alone. Eaze, a medical marijuana delivery service based in San Francisco, is only available as a web platform, and nobody's really sure when Apple will change the way they approve cannabis tech apps.

Though just over a month old, Yobuddy has steadily onboarded users at around 100 per day, something Williams said he expects to see climb as the company ramps up its marketing efforts.

With a team of three full-time employees (including Williams), creating awareness is the company's current focus.

Educating dispensaries about what the app can do is an ongoing process, but it’s clear that local businesses are already looking for new alternatives to existing apps. “99 percent of the dispensaries we have talked with say that they know of or use the other apps — WeedMaps or Eaze — but they also said the only reason they do it is because they don’t know any other apps,” said Williams. “I feel confident that working directly with the dispensaries will help us find a product market fit more effectively in the long run. This is just the beginning for us.”

Have a news tip for us or know of a company that deserves coverage? Let us know and tweet us @builtinla.