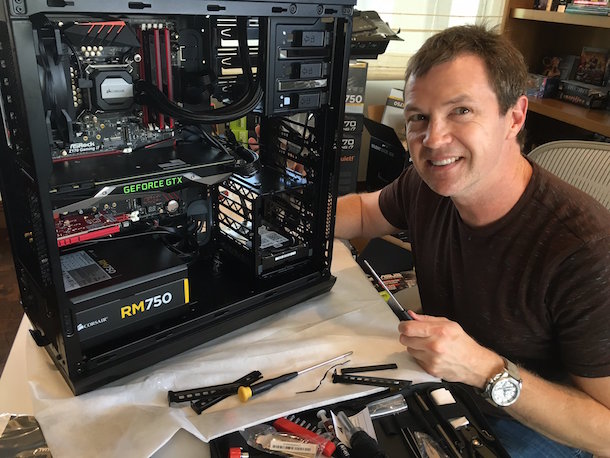 After 17 years at Blizzard Entertainment, Rob Pardo said he knew it was time for a change. The former chief creative officer and lead designer for the smash hit World of Warcraft left the Irvine-based gaming giant in 2014 to pursue other projects. This week, he announced the creation of Bonfire Studios, as well as a hefty round of funding to get things under way.

"One of the most rewarding parts of creating any game, be it a D&D campaign or a massive persistent world, is the connection you have to the players themselves," Pardo said in a blog post. "You get to see the player’s reactions, you get to respond to them and make their experience better over time. It’s like the warmth of friends around a bonfire, sharing stories. And that’s why we named our studio BONFIRE. The bonfire is a metaphor for the experiences we wish to create. We want friends to connect through our games and share amazing experiences, tell the stories, and come closer together."

The $25 million round of funding came from Silicon Valley-based venture capitalist firm Andreessen Horowitz (a16z) and LA's own Riot Games, which develops another massive online game, League of Legends.

"Riot’s aspiration to be the most player-focused game company in the world, aligns very nicely with our vision to build friendships through our online games," said Pardo. "With a16z, we found a treasure trove of experienced entrepreneurs that have a wealth of knowledge about how to create a great and enduring company."

In the 10 years since its initial release, World of Warcraft has spawned a global community, created a number of expansions, served as a premise for a feature film and inspired millions of game developers and fans alike.

The company has yet to release information regarding a project, but Pardo has assembled a team of gaming industry veterans, many of whom came from Blizzard.

Do you have a story you think we should help tell? Share it here.