As conversations around diversity, equity and inclusion evolve, more and more women are realizing just how toxic certain pearls of wisdom really are.
Written by Jeff Kirshman

Back and forth the pendulum goes, swinging from one vague platitude to the next, subjecting women in the workplace to unsolicited advice that misguides as often as it illuminates.

“The pearls of wisdom lobbed at the upwardly mobile are often contradictory,” said Natalie Tarpinian, a general manager at the product discovery platform StackCommerce.

You know the ones: Be assertive, but not aggressive; honest but not negative; flawless but efficient.

But there’s a certain mentality Tarpinian finds especially grating — an outlook that masquerades as sound advice when in reality it subjugates the women it claims to help: “Stop apologizing.”

While Tarpinian’s insight might come across as just another #GirlBoss enabling their worst tendencies, her rejection of contrition is rooted in humility and — more importantly — equity.

It’s not that she thinks women should apologize for expressing forceful opinions or put others before themselves, she explained. Rather, the onus is on their male counterparts to find symmetry when expressing remorse.

As Built In Los Angeles learned through conversations with a handful of women in the workforce like Tarpinian — one from Slickdeals and another at Arcules — there is no shortage of career myths we’d be better off ignoring — as well as ideas about what we should do instead. 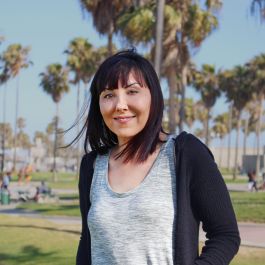 What’s a career myth that women hear a lot that they’d be better off ignoring?

“Stop apologizing.” I know, I know — we apologize too much overall. We pepper our emails with words like “just” and try to take up as little space as possible. We send the message that our main objective is being as little a burden as possible.

So we should stop doing that, right? Start making demands; never worry if we’re inconveniencing a colleague. For decades, women have watched men — and some higher-up, inner-circle women — get away with acting like narcissists with near impunity, and they rarely apologize. Many have managed to climb the corporate ladder with impressive speed. So why not pattern your behavior after those who seem to have the game mastered? But ask yourself this: When someone doesn’t apologize, does it make you respect them? Do you find them competent? Does it make you like them?

How do we smash a workplace culture that often lets the rudest employees act with impunity but expects contrition from women for minor transgressions? Basically, women shouldn’t apologize less; everyone should apologize more.

But we should only apologize when we know we’ve done something wrong — not because we’re doing our jobs, following up, pushing back on demands or sharing ideas. An apology implies you’re sorry. If you actually made a mistake while completing a task, then, yes, that’s something you should take responsibility for. If you are simply speaking up, why would you be sorry for that?

We also need to hold those who behave poorly at work accountable, particularly those who are so reluctant to apologize. If they won’t even acknowledge their mistakes, we should help them out a bit. Compel them to take ownership of their behavior.

“Stop apologizing” is the worst career advice I’ve ever received as a woman because it seeks to turn me into the very type of person who makes being a woman in the workplace so frustrating at times. I don’t want to be that person. But if we modify that lousy advice and apply it with more nuance, we can root that person out once and for all. 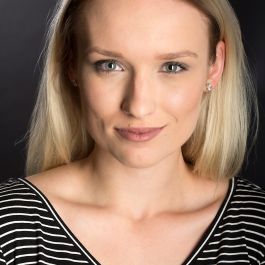 I despise whenever women are told, “Don’t show emotion in the workplace, especially if you want to get ahead.” Emotions are perfectly acceptable to embrace, as long as you are still treating others with respect. In fact, it’s especially important for women to recognize and stay true to their emotions, given their historically unfair treatment in the workplace. If we stifle our own grievances, we eliminate any chance that they will be corrected. If you feel wronged, you deserve the opportunity to address it. If you feel frustrated, you deserve the space to process it — even if that means crying in a one-on-one with your manager. Don’t give credence to anyone who tells you otherwise. At the end of the day, you’re a human being, and you shouldn’t want to work for anyone who doesn’t treat you as such. This also means that, as leaders, one of the most empowering things we can do for other young women — and people of all genders, ultimately — is to encourage them to embrace their emotions in a responsible way. In the process, we acknowledge their effort, their struggles and their humanity.

If we stifle our own grievances, we eliminate any chance that they will be corrected.”

Instead of simply not showing emotion, I would encourage all people to focus on maintaining perspective in the workplace. This is crucial for both team culture and your own mental health, especially when facing adversity. The reality is that, while showing your emotions is not inherently bad, the vast majority of work-related issues aren’t worth your stress or tears. Moreover, the failure of a leader to maintain perspective and emulate that before their team can severely damage the team’s confidence, motivation and morale. In turn, it can exacerbate the negative impact of any stressful situation. This reframed advice urges us to set boundaries for the sake of our own mental health, as opposed to silencing emotions to appease outdated societal expectations. Stay true to your emotions, but be mindful of when a situation does not deserve your emotional energy. 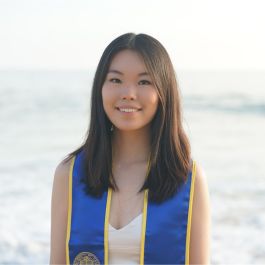 I personally don’t believe in “faking it ’til you make it,” because that’s just additional unnecessary pressure when being confronted with the feeling of being out of place or unqualified. I’d much rather seize chances to demonstrate who I really am and establish authentic connections.

I’d rather seize chances to demonstrate who I really am and establish authentic connections.”

As cliché as it sounds, be your genuine self. Following this advice has helped me connect and vibe with my peers and made my first "big girl" job feel a lot less daunting. Overall, I think it will take anyone a lot farther in their career than if they try to be someone who they aren't.

Get Alerted for Jobs from Arcules
Responses have been edited for length and clarity. Images via listed companies and Shutterstock.