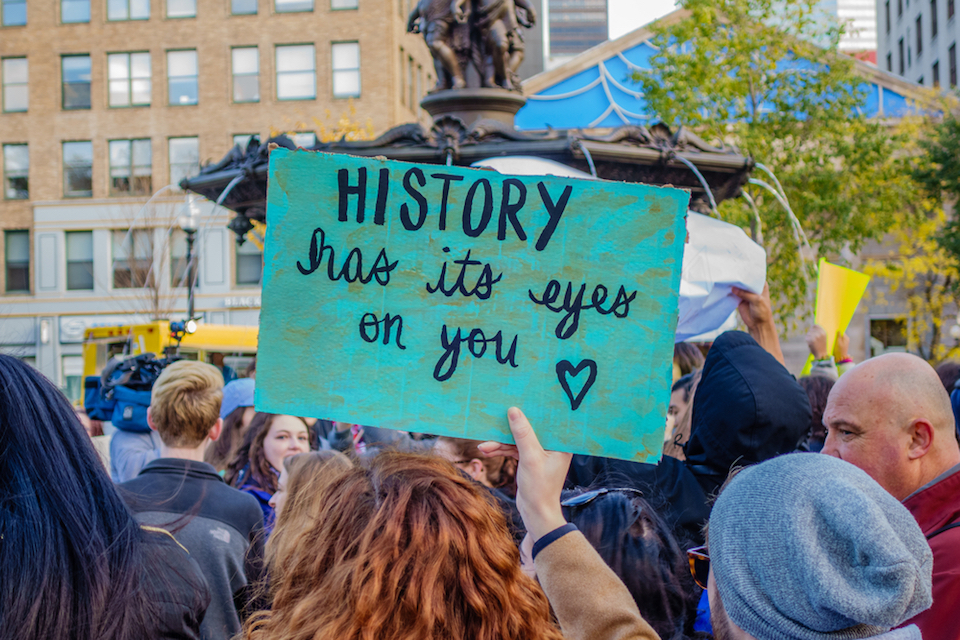 In this day and age of global connectivity, the never-ending news cycle, and a national political climate that has created division, many people simply choose to refrain from discussing politics altogether. Others, however, have been inspired by recent events to get involved but lacked the resources to contribute as individual citizens and, as a result, often refrained from taking action.

For two people with differing political viewpoints, both of these reactions were problematic, which is why Amit Thakkar and Jon Brennan, co-founders of LawMaker.io, decided to do something about it.

Thakkar and Brennan felt that change wouldn’t come if those who seek it stay silent. Their platform offers a way for regular citizens to propose policy initiatives to their elected officials and vice versa, creating an open dialogue and an avenue for voters to do more than just check a box.

“I was working as a political consultant and lobbyist here in Los Angeles and the fact that such a small group of people would have so much political influence never felt right to me. I started sketching out an idea for a free, civtech platform that would be open to everyone,” said Thakkar, who also serves as CEO. “Coincidentally, a neighbor connected me with an app developer he had worked with on several projects, and 20 minutes into our first call, it was obvious we shared the same goals. Jon was just as passionate about reforming politics as I was.”

Brennan, who lives in New York, was working on a similar project. Thakkar hopped on a flight and the duo spent several days working on Thakkar’s concept, which they called Politi-Score. The platform was designed to provide users with timely updates on political issues that would directly impact their lives, but it soon became apparent that there was something wrong with their current model.

With this platform, voters can propose policy ideas that elected officials actually turn into legislation."

“During testing, users loved the prototype, but the majority didn’t know that they would really use it,” said Thakkar. “Many Americans don’t feel their voice or actions make any difference in our political process. This was a harsh realization for both of us but it was also a gift. It showed us that Americans are primarily looking for a way to make a difference, and the greater the difference they are able to make, the more they are willing to learn and engage with complex political issues. We saw an opportunity to modify the platform we were building to make an even bigger change. With that pivot, LawMaker was born.”

The result was a platform that allows users to create civilian-run lobbies that could — one day — crowdsource new laws. Users can promote a policy on the site, share it via social media and work with other users to amend the policy. Once a proposed policy has enough verified voters supporting it, they can send it to their elected officials. Conversely, elected officials can crowdsource support for policies to help gain the additional backing they need to get it passed.

“After decades of being largely ignored, Americans can’t be convinced that their actions make a difference in a month,” said Thakkar. “With this platform, voters can propose policy ideas that elected officials actually turn into legislation. We launched our first LawMaker Challenge here in LA with Councilman David Ryu — entirely authored and amended by LawMaker users — and it received tremendous support as a motion before the City Council. We’re excited that this policy is making its way through the legislative process.”

We want to enable everyone — no matter who they are or what they believe in — to have an impact in the political process.”

It’s no secret that America’s two political parties are becoming more polarized, but just as LawMaker.io was designed as a way to give a voice to disenfranchised Americans, the co-founders also serve as an inspiration. Thakkar, a Democrat politico, and Brennan, a Republican coder, do not see eye-to-eye on all issues, but they do agree that change is needed, and to do so, average Americans need to feel that they can make a difference.

“Amit and I have some core differences in our political beliefs, but also a mutual respect for one another’s principles,” said Brennan. “We both share the same top priority: we want to enable everyone — no matter who they are or what they believe in — to have an impact in the political process. We both have a real desire to overcome today’s cynicism and apathy toward civic engagement and government.”