Working for a startup means wearing a lot of hats. Unfortunately, sometimes all of those responsibilities complicate how employees are able to define growth within the organization. But more and more businesses are taking steps to communicate to their teams just what is expected of them, helping define success and improve employee satisfaction. We spoke with three local startups about how they help their employees succeed within the company — and in their professions. 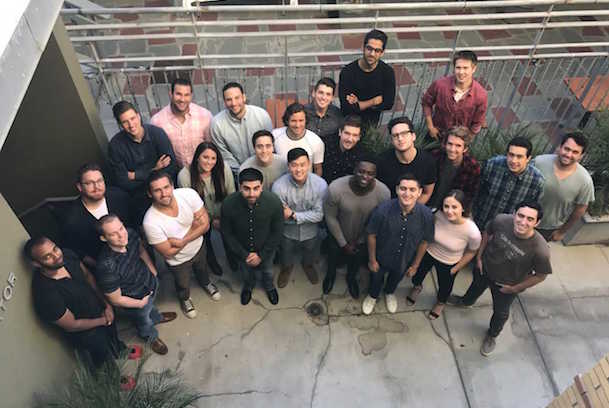 At PatSnap, which has offices around the globe, creating a culture where success is both celebrated and acknowledged can be tough. Amir Achourie, the head of sales, U.S. for the IP analytics and management platform, said employees’ growth starts as early as the interview stage.

How does PatSnap set its employees up for growth?

PatSnap strongly believes in promoting from within. Our culture is not to promote based on tenure or years of experience but rather what you have been able to accomplish since you stepped foot into the door. As early as the interview stage, we ask our candidates and potential employees what their career aspirations are in the short-term and long-term. We want to make sure that their aspirations align with what we are truly able to offer, and we set those expectations early on as to what it would take to get there. As we are a young company, many of our employees are already on track to be promoted before the year-end.

Any prime examples of PatSnap’s dedication to its employees’ growth?

For any salesperson, especially one just beginning their career, the aspiration is typically to climb the ranks of the sales ladder. It is difficult to highlight one employee, but we were very excited to bring our selling manager, Max Verwey, to our LA office from the UK office. Max began his career with PatSnap as an SDR only three years ago and quickly proved he was a superstar. Not only did he consistently hit quota, he consistently doubled it. Max moved up from his SDR role to an account executive, shortly followed by senior account executive, and has now helped open the U.S. office. He is still closing deals while also guiding our account executives as a selling manager. We are very lucky to have him and know that he is able to coach our LA team to similar success.

What does the dedication to employee success say about the culture at PatSnap?

The PatSnap work culture is extremely rewarding to its employees. We know that our employees will be trained for anything in these roles, and we foster a culture of inclusiveness and open feedback, rewarding with financial incentives, intangible incentives (i.e. leaving the office early) and, of course, promotions. Every company wants their employees to succeed, but we truly work with our employees to understand what success means for them and how we can help them achieve that success.

"It has been great to be able to work towards a goal that will lead me towards promotion,” said Katie Pawloski, a senior account executive. “From the beginning, I have clearly outlined my ambitions to become a team leader, and I can confidently say that it is up me to meet the agreed upon goals to receive my promotions, and I love that about PatSnap and the leadership team." 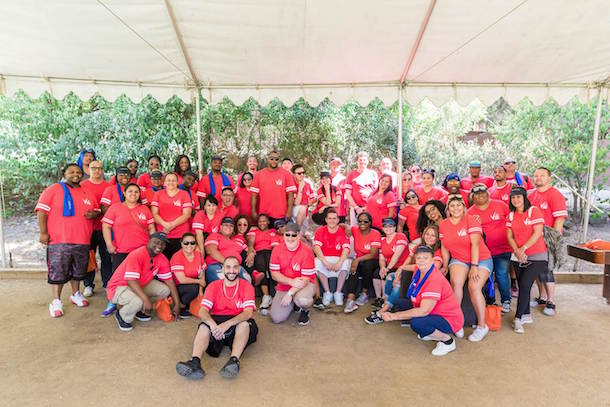 Founded in 2005, Verifi provides end-to-end payment protection and management solutions, offering merchants a way of safely processing payments while combating fraud. Early on in an employee’s tenure with the company, Verifi makes it clear that employees are more than just cogs in the wheel.

How does Verifi set its employees up for growth?

“One of the ways we fast-track employees for success is by encouraging a sense of ownership for the work being completed,” said Shane Weikal, senior director of business operations. “You can be working in an entry-level position, one among 30, but when you look at the job you do from a standpoint of ownership, rather than a cog in the wheel, you have an opportunity to demonstrate skills that showcase your ability to look at a task more globally, and that you understand the impact the work you are doing has to the success of the company. Taking an ownership approach also leads to a better understanding of the process, allowing you to make better suggestions for ways of improving the process.”

Any prime examples of Verifi’s dedication to its employees’ growth?

“When I first started at Verifi, one of my first tasks was interviewing specialists on the team for a quality assurance PDO (Professional Development Opportunity) role. We offered the job to a woman who I have since seen move from a QA analyst, to a team lead/supervisor and onto her current position as a senior team lead, all in a two-year period.”

“It’s very apparent that if you work hard and show consistent improvement, there are a ton of opportunities to rise in the ranks,” said Cyril Tecson, senior team lead. “Showing a willingness to learn, ask questions, and  have a positive attitude has contributed to my success at Verifi.” 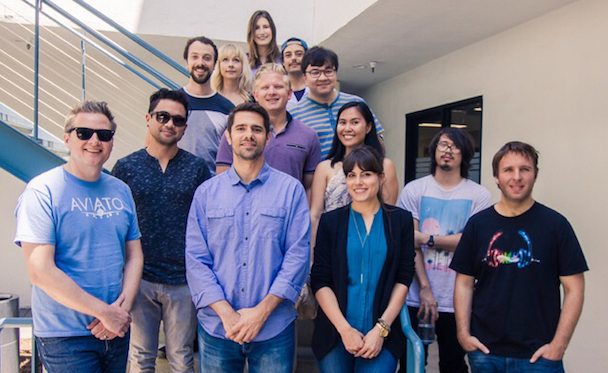 In the ever-evolving world of e-sports, it’s often the broadcasters who are the real superstars. Headquartered in Culver City, Maestro.io has created a platform that helps e-sports analysts engage their fans, capture data and generate revenue. Though the company — which recently raised $3 million — is still small, Maestro’s leadership puts its employees in the perfect situation for them to succeed.

How does Maestro set its employees up for growth?

“Maestro’s core values are the foundation of our company culture and guide our decision-making processes as a team,” said CEO Ari Evans. “We realized early on that getting everyone on the same page is important in a growing company. We nurture this with four elements — new hire training, core value one-on-one check-ins, sync-ups and by providing appropriate resources.”

Overall, we strive to support a company culture of open communication and efficient processes on a daily, weekly and quarterly basis. All our processes and goals are re-evaluated on a macro level during our companywide quarterly meeting, where growth plans are shared and we brainstorm new ways to quantitatively measure success across all departments. We seek input from the entire team, collectively make decisions and then put our heads down and focus on achieving our goals as a team.”

Any prime examples of Maestro’s dedication to its employees’ growth?

“I met Maestro’s CEO, Ari [Evans], in Miami when he was running an EDM blog LessThan3 and he had asked me if I wanted to join the team as an event promoter in LA,” said Steven Anderson, senior software engineer. “I later became a writer for the team and asked him if there was a way to turn that into a job. He said they needed help in sales, and after I sold $50,000 in ad-sales, a client asked if I could build a rich media ad. I only had a week and naively thought I could go on the internet and build it easily, but I quickly found out the only way was with JavaScript. I didn’t know anything about coding, but I worked on it for a week and delivered. Ari appreciated my initiative and saw my potential growing into the role, so he gave me a trial run as a developer with the promise that if I excelled, it would turn into a full-time offer. I put in long hours and continuously took feedback from our team to improve myself. Today I’m one of the ranking leaders in Maestro, and I’m confident to call myself a full-stack engineer.”

What does the dedication to employee success say the culture at Maestro?

“Maestro’s management team focuses on empowering employees to thrive in their roles and become leaders within the organization,” said director of communications Tiffany Au. “The company is deliberately small and nimble, something we refer to as a 'ninja strike force.' We take pride in creating and running a well-oiled machine, and the team is inspired to give it their all and do what needs to be done to better the company and themselves.”

“I came to Maestro as a part-time employee and wore many hats,” said Olivia Friedlander, director of client operations. “I didn’t have an official title, but, over time, I identified my niche with clients, ultimately creating a client operations role that was much needed but did not formally exist.

“One of Maestro’s Core values I have benefited greatly from is ‘teach a man how to fish.’ I don’t have a technical background, and the team understood how crucial it was for me to understand the basics to help debug client issues. They have trained me to solve problems without involving the engineering team, one of the most critical resources in the company. Not only am I more effective in my job, but I have learned to stay calm and work through issues methodically instead of panicking when something goes wrong. I feel empowered to quickly locate the source of the problem. The leadership at Maestro really embraces the concept that ‘good leaders let you fail but don’t make you feel like a failure.’ The path to growth, especially at a tech startup, is to find your niche and develop within that niche. You eliminate what you’re not good at. You carve out your own way.”

Responses were edited for clarity and length. Images via featured companies.

Want to stay up to date on the latest in LA tech? Follow us on Twitter @BuiltInLA.