James Conlon doesn't possess anything that could be described as a traditional venture capitalist background.

Instead of going to Stanford, getting an MBA and interning at Google, Conlon went to Bucknell and graduated with a degree in philosophy. He's also a former professional poker player and has a law degree from American University. Now an LA-based partner for Bullpen Capital, he's dedicated to growing local tech startups, and it all started with two chairs, an elevator and a few NSFW quips between complete strangers. 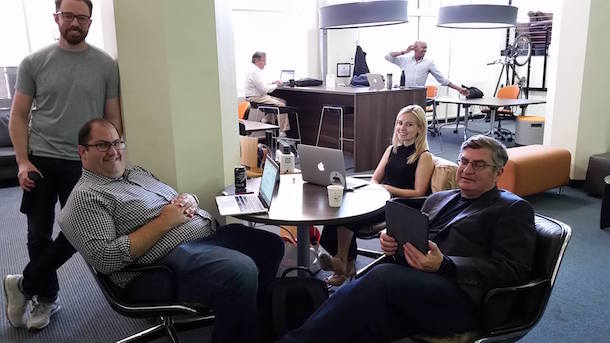 How did you get to Bullpen Capital?

The story goes like this: it’s 2001 and I’m a 16-year-old kid at the Intel International Science and Engineering Fair. I’m there with my buddy Ed Palermo and we pull armchairs from the hotel lobby into the elevator to “network.” [Future Bullpen founder] Paul Martino [who has invested in Ipsy, TubeMogul and AirMaps, among others] walks in, and I tell him a dirty joke — not knowing at the time he is the head of judging for the competition — and he tells one back that, well, let's just say I was three years older by the time he walked out. 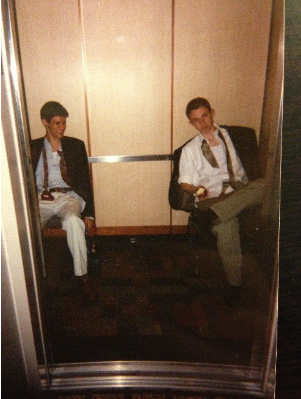 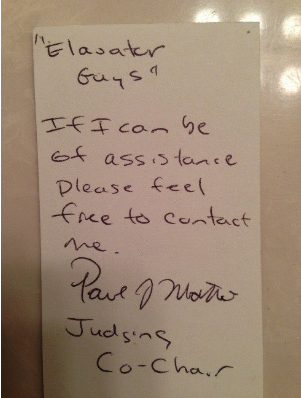 We end up winning the thing and Martino left his card. When I called him about a decade later and told him he owed me a favor, he gave me a shot to compete for the Bullpen gig and I never looked back.

Since joining Bullpen, how have you seen the LA startup scene develop?

I started coming to LA regularly in 2012, and here’s what I saw that gave me the conviction to move here from SF. One, clear accelerator capital and network strength from funds like Amplify and Mucker. Those teams don’t just seed the ecosystem, they cultivate startup-IQ in their CEOs at the earliest stages, which reflects well on everyone.

Two, experienced seed investors who bet on LA even before it was cool: Crosscut, Wavemaker (formerly known as Siemer), Double M and Lowercase, among others — this really professionalized the foundation of the industry here.

The first two dynamics are present in many other ecosystems, but this reinvestment and community-focus is the main reason we talk about LA and NY much more than the rest.

What have you learned moving from Silicon Valley to LA's tech ecosystem?

I’ve heard it all: “it’s just a bunch of fluffy ad-tech deals,” “engineering talent isn’t as good,” “LA people are flaky/superficial.” For the cynics, I have a few words: Oculus, Snapchat, Dollar Shave Club, Demand Media, Tinder, Maker Studios, Ipsy, TrueCar and Riot Games. The scale and category-breadth of the wins in LA prove these to be laughably outdated misconceptions, and I’m perfectly happy to let those investors ignore LA while I invest in quality companies that no one’s paying enough attention to.

This also speaks to a broader point — most venture people get caught up on the same old biases: Is the category hot, is the product demo cool or are the founders part of the Silicon Valley elite? At Bullpen, we ignore most of that stuff and go straight to the spreadsheet — how much are you burning a month, what milestones can you hit and how much money do you need to get there? This allows us to spot startups like Fanduel, Ipsy or Wag while much of the SF ecosystem passes in the early stages. I give a lot of credit to people like Mark [Suster] at Upfront and Alan [Patricof] and Dana [Settle] at Greycroft who had the guts to eschew many of the typical venture biases and pave the way for a post-seed model like Bullpen’s in the LA landscape.

You were a very successful poker player for a time, how has your poker experience translated to making investments? 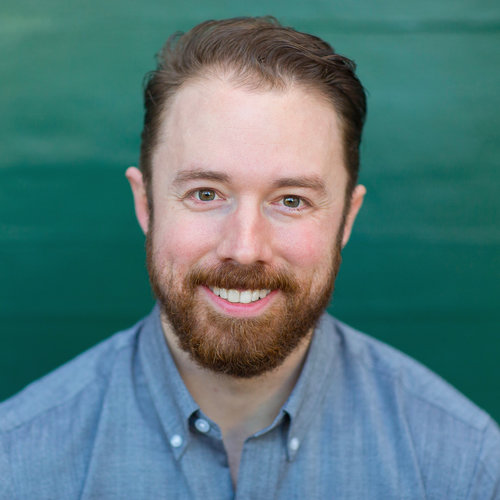 Most of the comparisons to poker are clichés written by amateurs. You’ve heard them all before: “know when to fold a bad hand,” “you have to read people,” “sometimes you just have to go all-in.” Here’s the truth — both poker and investing are fundamentally games of leveraging asymmetrical information. The players who acquire an information advantage through analysis and pattern-recognition have an exploitable edge. The long-term winners in both games apply that edge across the full range of possible outcomes rather than discrete predictions, and have the conviction to aggressively back positive-equity opportunities when they present themselves.

When is a company ready to pitch Bullpen Capital?

It’s very simple, you’re ready for Bullpen when you’ve already raised your institutional seed, have metrics that prove product-market fit, and you can hit a near-term milestone on about $3 million that scores you the big growth round. Often you see it internally when use-of-proceeds has shifted from 80 percent product development to 80 percent sales and marketing.

We’re also very clear on one more thing: we don’t do bridges. We invest in companies that are up-and-to-the-right and with another $2-$3 million (instead of $5-$8 million and heavy dilution), they can hit big milestones that bypass the traditional Series A round straight to the $15-$20 million check at a much higher valuation. That’s why we call this the "Post-Seed round," not “seed prime” or “seed extension.” It’s a rational capital intake to optimize the funding arc for CEOs.

What stands out to you about a founder's background?

Exceptional domain expertise and a chilling command of the numbers. I also think life’s too short to work with anyone who isn’t at least a decent human being. Outside of that, I really don’t care where (or if) you went to school, what your GPA was or if your dad’s name is on an office park on Sand Hill Road. I was a poker pro and a philosophy grad with a rounded-up-to-3.0 GPA before I got into this business. You miss too many outliers if your filter is overly narrow.

What are some red flags you've seen in a founding team?

Reading people in venture (and poker) is still important even though it comes up much less frequently than the average Bond film would suggest. I could talk body-language and interrogation all day, but I’ll just say the most important tell to look for is between founders who are saying everything is great, but really there's a lot of interpersonal tension under the surface. That's a big red flag and a frequent killer of otherwise good companies.

Once you're introduced to a company, what is your process like as an investor?

I like to get to a "no" as quickly as possible, and since our model is so metrics-driven, we can be really transparent. “Haven’t raised your seed yet? You’re too early for us, but let’s keep in touch and here are some guys you should talk to. Raising $10 million? You’re way past our stage. SaaS company with $50,000 in monthly recurring revenue? Let’s reconnect in 2-3 months when you’re at $80,000, and I’m happy to help with the ops plan in the meantime.”

The luxury of a differentiated model is that we don't compete with the 300 funds and don’t have to waste a company’s time with meetings that are just for data-mining or thesis development. The evidence is in the numbers: of the term sheets we’ve submitted, about 90 percent get accepted compared to averages in the 20-30 percent range for other segments of the VC market. The product we offer is either clearly not a fit or the mutual benefit is obvious to both sides, and things tend to move pretty quickly under those conditions.

Do you think differently of companies trying to do something in an industry where a number of startups have failed?

Cleanify, a home cleaning marketplace, is a classic example of a Bullpen deal in a market with dead bodies. Homejoy had already failed very publicly, and for VCs, that signaled bad mojo, not just for the cleaning space but for on-demand businesses in general. At the same time, Handy had already raised like $100 million and looked like a gorilla in the space, despite the likelihood that they’d fail for similar reasons. Stuck with this market condition — plus the fact that Cleanify was originally from Vancouver — Cleanify was too deep in the penalty box for most VCs to consider investing (I have to shift to hockey metaphors for my Canadian CEOs).

But guess what? Homejoy failed because it tried to be the service provider itself, and it’s too hard to maintain service quality and unit economics under those conditions. Handy is likely to struggle with similar issues on cleaner acquisition and retention. Cleanify, instead, innovated the right go-to-market strategy and is growing exceptionally fast, and when they’re the breakout winner in the category, everyone’s going to ask how the former janitor from Edmonton took the market away from all their hyped-up, shiny competitors.

How closely do you work with your portfolio companies?

The Bullpen Round is much more focused on the operational needs of the company than it is about ego or control. So we’ve got first-time founders who want us to take a board seat and kick their butts with a full CEO boot camp, and then we have round-trip founders who call us once a quarter for a key hire or strategy discussion. It all just depends on the needs of the company. My latest (unannounced) LA investment is a great example — they’ve attracted some real heavy hitters to the board that you wouldn't expect to see in a company of their stage, so why mess with that structure? I took an observer seat and hopped in the trenches with the team on fundraising, hiring and marketing. That’s our style.

Responses were edited for length and clarity. Images via James Conlon