InvolveSoft is helping startups retain talent by connecting them with their communities | Built In Los Angeles Skip to main content
Loading...

Gaurav Bhattacharya was just a child when a team of Microsoft developers came to his slum in New Delhi.

Though they were there for only a few hours, the visit literally changed his life.

“We were really lucky, honestly,” Gaurav Bhattacharya said. “Microsoft and some really cool companies in India started a program to create a better culture for their employees, so they started sending teams to volunteer in the community. I started coding before I learned English.”

Until the volunteers passed through, going to school was an unlikely option for Bhattacharya. Thanks in part to the passion for technology instilled in him by the volunteers from Microsoft, he was able to raise enough money to attend a local high school, despite his family’s poverty. His first startup, which he co-founded with InvolveSoft co-founder and CTO Saumya Bhatnagar, created a platform to help fight female foeticide in India. It was eventually acquired by the Indian government, which made it mandatory for all radiologists in New Delhi.

“Radiologists were facing a number of allegations in regards to sex-based abortions, and insurance rates rose so high that if they ever got sued, they would likely have to close,” said Bhattacharya. “We built a software that would plug into the ultrasound machines and track every movement they made, including all the information they gave out to the parent, and organize it in a SaaS online platform. It was a really trackable solution, and the government could see it at any time.”

A few years passed before Bhattacharya and Bhatnagar — both of whom had relocated to Southern California — discovered that the tech programs they had both benefited from as kids had stopped. The two decided to take a deeper dive into why.

“Everything was spreadsheet-based,” said Bhattacharya. “Even getting feedback was terrible, so the engagement was really bad. They had no idea whatsoever what the ROI of their efforts was.”

Working closely with corporations like Microsoft, Tech Mahindra and Qualcomm — all of whom were eager to find new ways to restart their volunteer programs — they began exploring potential solutions. Within a few months, Bhattacharya quit his job in San Diego and began working on the platform fulltime. 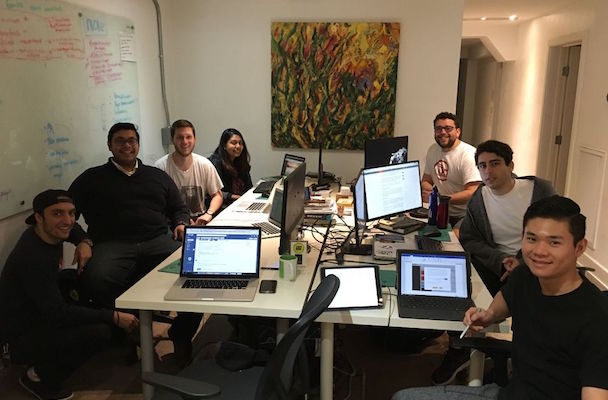 “We started by doing a lot of non-scalable things, and I highly recommend startups do that, too,” said Bhattacharya. “We didn't have a product, but we validated our idea by doing it manually. We went to a few Indian tech companies and we asked them to let us survey them and plan a few events.”

Their first campaign with Tech Mahindra saw 1,008 employees turn out, almost 30 percent of the corporation’s staff in New Delhi.

“That experience proved the model could work and that it could be a real opportunity,” said Bhattacharya. “It wasn't just the idea of giving back to the community, it was a real business opportunity.” 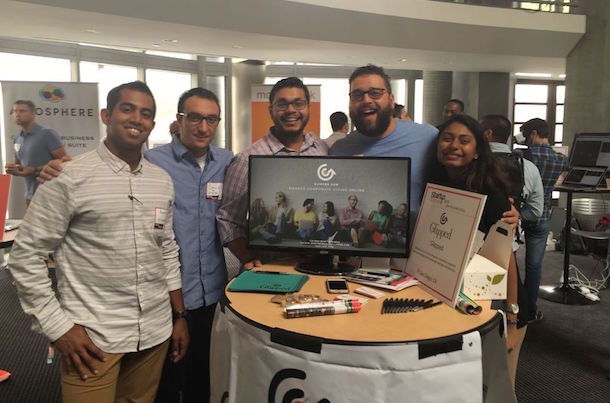 Though just six months old, the Santa Monica-based team has developed a B2B SaaS platform which allows companies to find new initiatives to support, track employee engagement and see ROI from each campaign. By helping companies streamline the process for finding and supporting different nonprofits, Bhattacharya said he hopes to help them create a unique environment while boosting employee satisfaction and retention.

“There's this real science behind it: the more people you know when you're about to leave a job makes it harder for you to make a decision,” he said. “By getting a diverse group of employees to work together to support a charity creates bonds that a happy hour or a party can’t."

Bootstrapped since day one, the founders still aren’t taking a salary, allowing them to bring on five employees to help the company scale. The startup recently joined Mucker Capital’s Accelerator program, where they are currently the youngest portfolio company to date.

According to Bhattacharya, the plan is to seek a seed round of funding at the end of the summer and focus on finding the right clients to help the business move forward now.

"We're trying to find our first 100 really good clients,” said Bhattacharya. “The plan is to not necessarily go after each company, but companies that are passionate about culture and invest in their employees. We want to work with companies that believe in diversity inclusion, believe in millennials and believe in making employees happy.”