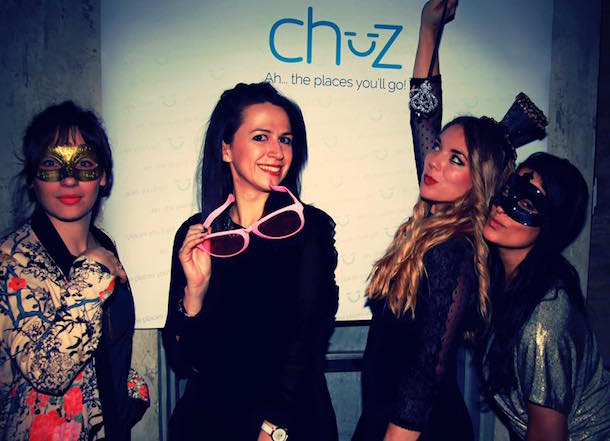 LA has a lot to offer its residents, but transplants and natives will agree: LA is big, and exploring new areas often requires a lot of planning and research.

Chuz founder Eirini Schlosser felt this way while working in London as well, and found the process of finding a new place to eat or drink was not only tedious, but downright difficult.
“The one thing that stood out to me, as a young professional, is that people like me didn’t have something to help them find new places to go,” said Schlosser. “We would have these endless discussions about where we should go and what we should do, so the idea of Chuz came about as an answer to that.”
Schlosser felt there were enough foodies in London who were experiencing the same issues she was.
“We did three focus group events in London, and I had easy access to our targeted group because of my time at the London School of Business, and they all went really well,” said Schlosser. “That’s when I decided that I was going to do this full-time.”

Even as the team grows, Schlosser believes in constant testing of the product, something she admits isn’t the way a lot of apps operates. Now, Chuz is capable of suggesting options based on a user’s preferences.
“A lot of people try to test and tweak, which is much more of the Silicon Valley route, sort of let the product out and change it as you go,” said Schlosser. “Our approach was let the product out in a private beta, and then make it perfect."
Chuz launched in beta in April 2015, but as the company watched its growth, Schlosser decided London’s routine-oriented way of life would inevitably stifle the app’s effectiveness to do what it does: help people find new places to eat or drink.
“We started testing in London, but the thing with London is that people are very focused on a routine,” said Schlosser. “They’ll go to the same pub or the same private members club, and they don’t look for new places to go on a regular basis.”
This eventually prompted Schlosser to relocate to New York City, and eventually Los Angeles, where the tech team was already located as they finished their computer science degrees at USC. Chuz currently operates out of a house in the Hollywood Hills and the number of employees and interns has risen to eight.
Moving forward, Chuz is focused on making millennial-focused, 2-3 minutes videos regarding the inspiration behind food at some of the best restaurants in LA, something Schlosser and Chief Content Officer and Co-Founder Lisa Hom are very excited about.
“We want to be able to invest in our users,” said Schlosser. “We want users to understand that it’s more than an app, it’s a platform around food and drink. Our whole vision is about engaging users beyond just what’s easy.”

Do you have a story you think we should tell? Share it here and follow us on LinkedIn.