Any questions? 4 LA startups discuss what applicants should really be asking them | Built In Los Angeles Skip to main content
Loading...

Any questions? 4 LA startups discuss what applicants should really be asking them 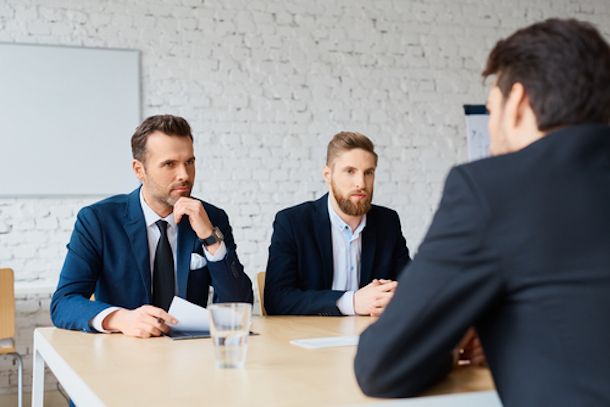 Though it might not seem like it, the importance of asking a recruiter questions about the company or the position cannot be understated. But what constitutes as a good question?

Though it might seem like the easy option, not asking anything is not the correct route to take.

"Not asking any questions is a pretty big red flag to me," said Joe Mascardo, an internal recruiter for West Hollywood-based Laurel & Wolf. "In a way, it shows you don’t really care about the position or the company you’re interviewing for."

Not being ready with a question can be a sour end to an otherwise solid interview.

"It tells me several things: It makes me question their level of interest, ownership and work ethic," said Michael Bright, a talent acquisition manager with Santa Monica-based Amobee. "An interview is not only an opportunity for a candidate to sell themselves, but also to gather critical information necessary to make the best decision when looking at a new opportunity."

Still, after 30 minutes of pitching a recruiter on how you're the right person for the position, remembering your carefully crafted questions can seem impossible. For Tyler Bell, head of talent at El Segundo-based GoGuardian, this stage fright can be remedied by simply doing your homework.

"Interviewee questions can tell you about a candidate's motivations, concerns, and if they've done their research," said Bell. "I always advise candidates to write out questions that you have as you research a company and the role. From that list, go into your initial interview with your top three to five questions and ask them if they don't get answered throughout the interview."

Know why they're asking for any questions in the first place.

A well thought-out question also shows the potential employer you've taken the time prepare for the interview. In some ways, the right questions can make more of a difference than some of the questions answered previously.

"Depending on the questions asked, the interviewer can gauge how much (or how little) a candidate has researched the company," said Mascardo. "It also allows us to see how genuinely interested applicants are in the company, and also evaluate if they are a cultural fit."

Just make sure that the questions haven't already been answered.

"While it's important to ask relevant, thoughtful questions, it can do harm to ask certain questions that you should know at this stage of the interview," said Bell.

Take the opportunity to gain insight.

In the end, some of the best questions posed leave the interviewer wondering how to respond. For FloQast co-founder and CEO Michael Whitmire, that question was as personal as it was indicative of an interviewee that really cared about potentially working for the company.
"The best question I received in an interview was, 'What is something you don’t want to tell me about FloQast?'"

Go with the flow.

For Bell, good questions usually come at the end of good interviews. "The best question I received in an interview was in two parts," said Bell. "What does success look like in this role? and how does the CEO view this role? I've heard the first portion of the question many times, but never paired with the second. This candidate was spectacular and I totally understood the rationale behind this question."

What does fitness mean to you and your company? Let us know.